The story of Battery Rescue started in 2010, when inventor and entrepreneur, Fenton Goddard, was helping a friend in his recycling business, when he noticed that the transportation and storage of used lead acid batteries, didn’t appear to be either safe or very efficient. Fenton thought there must be a better way, however his research for  a suitable product that might help, came up blank.

Being a compulsive inventor he set about developing a product for this purpose. This culminated in the Battery Transport & Storage (BTS) Container, which has been provisionally patented and we believe in combination with Battery Rescue’s unique collection system, will transform worldwide how ULAB’s are transported and stored.

David Bush, joined the Battery Rescue board in October 2013. Fenton and David are committed environmentalist and want to see Battery Rescue make a valuable contribution to reducing the dangers and impact on the environment caused by the unsafe and illegal transportation, storage and disposal of all types of batteries. 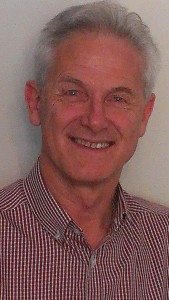 Born and educated in Perth, Western Australia, Fenton completed his trade certificate as an Automotive Electrical Fitter in 1970 and started the first of many businesses in 1973.

Fenton owned and operated his first company, an automotive electrical component recycling company, for over twenty years and at the same time went on to found several other businesses. With a strong interest in workshop productivity improvement Fenton, designed, manufactured and commercialized several successful, new and unique products and business operating systems in the automotive industry.

Commercially successful inventions that Fenton has developed, include the Autoarc, a unique direct-current welding machine, Robowash an automatic industrial parts washing machine (robowash.com.au) and the Aquajet and Washpod (washpod.com.au) automatic parts washing systems. The companies were green field businesses that Fenton created, operated and continued to operate after his exit.

Fenton has four approved patents to his name and all have been successfully commercialised. His latest provisionally patented product, the battery pallet and supporting business system capitalizes on his considerable experience in the automotive service and mining sectors. 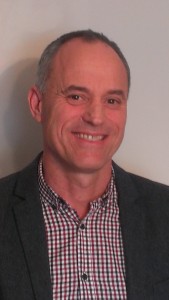 David Bush, graduated in 1987 from Curtin University having completed a Bachelor in Science degree majoring in Geophysics and a Post Graduate Diploma, specializing in Oil Exploration.

Upon graduating he was employed by Aerodata / World Geoscience, where he held several different roles in their airborne geophysical division, over a 3 year period.

In 1991, David accepted a position with Guardian Data Seismic, a specialist in providing data management solutions for Oil and Gas Companies. During his employment with Guardian he mobilised and ran offices in Indonesia, Brunei and United Kingdom and was responsible for managing many aspects of the business at an international level. During his 8 years with Guardian, David assisted the company to expand from a single, 5-man operation to a company with 8 international offices, 100 employees and turnover exceeding $15M.

Following the acquisition of Guardian Data, by Veritas DGC, in 1999, he resigned the following year to pursue other career options. This culminated in him joining, ActionCOACH, a business coach franchisee, where David spent the next 12 years, working with SMEs to fix their business challenges, implement best business practices and grow their profits. He left ActionCOACH in 2014 but considers this 12 years, his business apprenticeship, where he has learnt the most important keys to creating a successful business.

In 2006, David co-founded with Kenneth Hart, the tour company Thirsty Swagman www.thirstyswagman.com , which offers a unique and exciting travel alternative to those that enjoy a good night out.