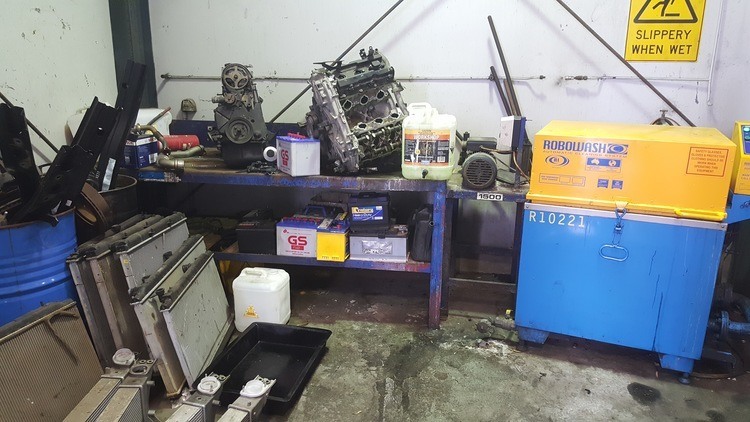 1. Work Health & Safety (WHS) Regulations or something similarly named depending on your state. For all states, except Western Australia, these regulations are based on Worksafe Australia’s WHS Model Laws and Regulations.  Your state based WHS regulations will include the following significant chapters that concern the storage and handling of new & used lead acid batteries;

Note approved codes of practice while not law are admissible in court proceedings. Courts may regard an approved code of practice as evidence of what is known about a hazard, risk or control and may rely on the relevant code to determine what is reasonably practicable in the circumstances.

As an example Worksafe Australia published a Code of Practice “Managing Risks of Hazardous Chemicals in the Workplace”, which has been adopted as a code of practice in several States. This code of practice is relevant to managing the risks associated with the Storage and Handling of lead acid batteries.

3. The “Australian Code for the transportation of Dangerous Goods By Road and Rail”, (ADGC) sets out the requirements for transporting dangerous goods by road or rail. The National Transport Commission‘s (NTC) maintains and updates the code while each State has it’s own dangerous goods (DG) transport regulations that incorporate the requirements of the ADGC. The State DG transport regulations also provide additional  information such as supply chain member duties, licensing requirements and penalties.

4. The Load Restraint Guide 2018, provides the basic safety principles for the safe carriage of loads. If you’re involved in packing, loading, moving or unloading a vehicle, you are responsible for complying with load restraint laws. The Load Restraint Guide, developed by the National Transport Commission, outlines how you may meet the performance standards for restraining vehicle loads. The legal requirements are the performance standards referenced in the Heavy Vehicle National Law and are stated in Schedule 7 (pages 97–99) of the Heavy Vehicle (Mass, Dimension and Loading) National Regulation.

Note: The NHVL does not apply in Western Australia and Northern Territory. Restraint requirements for WA & NT are contained in their own Road Traffic regulations, both of which reference the NTC’s Load Restraint Guide 2004.

5. The “Heavy Vehicle National Law (NVNL) regulates heavy vehicles over 4.5 tonnes gross vehicle mass, in participating Australian States & territories (all except NT & WA, which use their own heavy vehicle transport regulations).  The NVHL is underpinned by the following 4 sets of regulations;

Regulations specific to used or waste lead acid batteries include;

Used or Waste lead acid batteries are classified as a hazardous (and controlled) waste in each Australian State and Territory. As a result there is State and Territory based regulations that control their intrastate and interstate movement. In general these regulations will require that you only use a transport company that has a controlled waste license for used lead acid batteries. The provisions of a waste carrier license typically includes requirements such as;

The  interstate transportation of used lead acid batteries is governed by a national agreement the “National Environmental Protection (Movement of Controlled Waste Between States And Territories) Measure” which has been enacted by each State. The NEPC is designed to ensure controlled wastes which are to be moved between States and Territories are transported, and handled in environmentally sound ways.

Under most State’s environmental regulations its an offence to allow acids to discharge into the environment. Your Used Lead Acid Batteries should be stored in a bunded area (or device) and undercover to prevent the occurrence of an unauthorised discharge event.

Follow this link for a more comprehensive summary and explanation of the lead acid battery storage regulations.

Follow this link for a more comprehensive summary and explanation of the lead acid battery transport regulations.

“Duty of Care” and “Chain of Responsibility”

“Duty of Care” and “Chain Of Responsibility” provisions in some of the above regulations means that Companies & Organisations, have a responsibilities to ensure that their batteries are correctly stored, handled & transported by their staff and suppliers. Failure to discharge their responsibilities correctly can result in Companies and their Executives being deemed liable, if they are unable to demonstrate that they have taken all reasonable steps to prevent a breach.

Please note that this information regarding the lead acid battery regulations is general in nature. Companies must do their own research to understand their legal obligations in each jurisdiction and to ensure that they are compliant with storage & handling regulations for used lead acid battery.